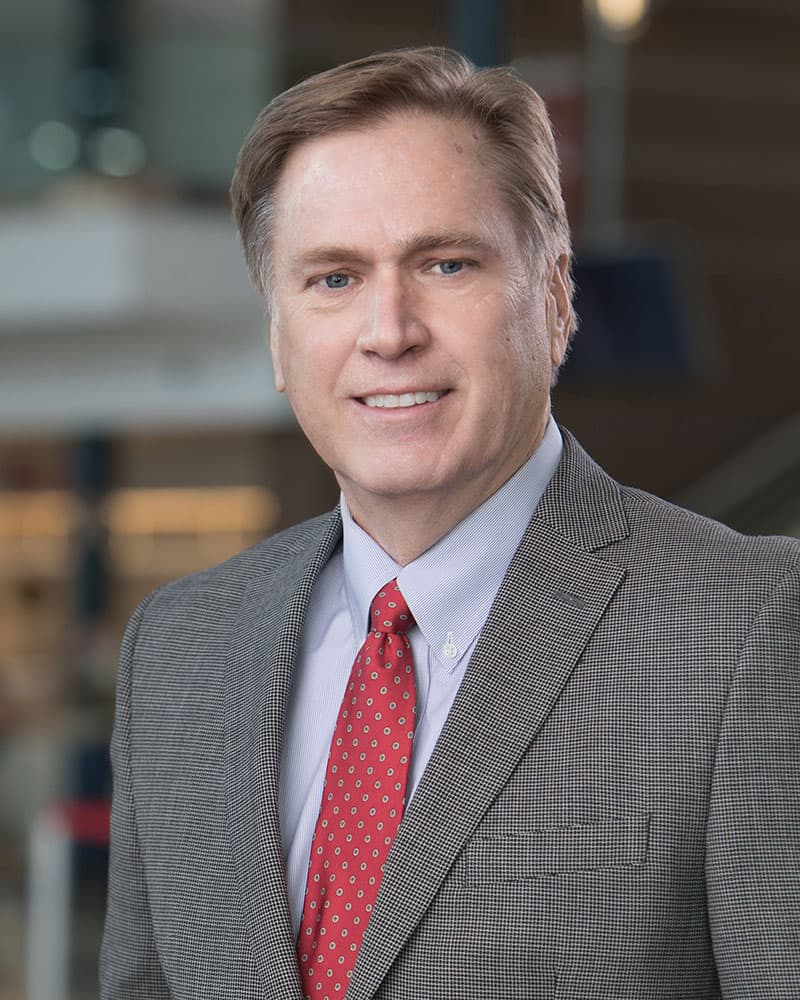 Tim O’Donnell joined the Northwest Arkansas Regional Airport Authority in April 2019 as its Chief Financial Officer. Previously, Mr. O’Donnell served as the Vice Chancellor for Finance and Administration at the University of Arkansas. He was a member of the Chancellor’s Executive Committee and had oversight of a total budget of over $800 million.

Prior to joining the UA in 2013, Mr. O’Donnell was Vice President and Treasurer of Southwestern Energy Company in Fayetteville until the company relocated to Houston. He spent 22 years at Southwestern and held numerous financial positions with the Company. Mr. O’Donnell has also worked in commercial real estate and public accounting in his career. He is a CPA (inactive) and a member of both the AICPA and Arkansas Society of CPAs.

Mr. O’Donnell is currently on the board of the Washington County Historical Society and is a past board member the Walton Arts Center Foundation. He holds a Bachelor of Business Administration in Accounting from the University of Iowa.